Cats steadily become more popular as pets, tending to dethrone dogs. The number of cats living in apartments in urban areas has significantly increased recently. Their independency and curiosity combined with their affectionate feelings are factors which have contributed in considering cats as the best pets.

Many people residing in apartments choose a cat as pet due to the facts that they are independent and they can easily adapt to life in an apartment. Cats do not need to go out for a walk as they can urinate and defecate at a specific point, chosen by the owner, without any previous training. Moreover, cats usually discard their fur and clean themselves without any human intervention and they feel comfortable either alone or with the presence of a human, an advantage for a very busy person.

Nowadays, there are approximately one million dog owners in Greece. These animals offer their love and affection to their owners without expecting or demanding in return. It is of vital importance to take good care of the pet’s health, for ourselves as well as for public health. A safe environment, regular exercise, proper nutrition and, above all, love are crucial factors for a pet’s quality of living.

Throughout human history, cats have been offering their company to humans. In Greece, their popularity increases and it seems that soon their number as pets will become comparable to that of the dogs.

According to Dr Deborah Wells from Queen’s University in Ireland, owning a dog can be beneficial for human health enhancing both stamina and psychological condition more than owning a cat.

This conclusion derives from older researches which aimed to investigate the relationship between an owned dog and the psychological condition of its owner.

Owning a dog may protect the owner from diseases and illnesses, helps one to recover faster when one is sick and may warn about cancer, hypoglycaemia and epilepsy.

The researcher examined further the impact that a dog can cause on the emotional health of humans, including their assistance with handicapped people, including their role in hospitals, prisons and rehabilitation centres. Another research has proven that dogs help children to withstand a harsh treatment or therapy.

There is evidence that in some occasions, dog owners have 8.6% greater chances of surviving after a heart attack than people who do not own any.

Dr Wells suspects that all these benefits originate from physical activity. Socializing with people when taking the dog out for a walk is an additional advantage as well as the fact that the bond between a human and a dog may obstruct anxiety.

According to the research, people who acquired a dog from animal care organizations had less health problems such as headache and nausea and had greater chances to avoid common flu. Good results appeared just a month after housing the dog. 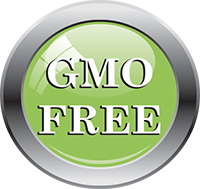